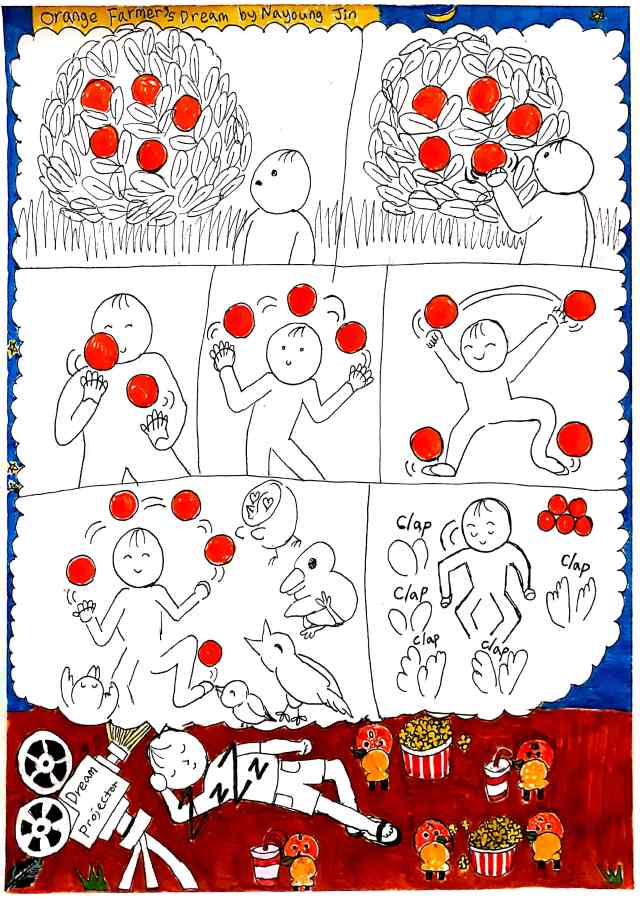 Challenge I set myself:

Create a comic that has a fruit as a character, which, in this case, is an orange.

Orange farmer idea came on the spur of the moment as I drew and drew (on many pages), and I now realize that it’s what I imagined, while exploring my memories of my grandpa’s mandarin orange farm, where he raised lots of birds and sometimes spent time alone with all those birds. And there were visiting birds too, such as crows. And juggling … I used to juggle.  I feel excited whenever I can deep into/mine my childhood memories/whatever is beneath my consciousness, without meaning to, like this.

Farmer is lying on the ground asleep. About this, a former worker at a fruit farm in BC (British Columbia, Canada) told me that he and other workers just slept on the ground, under the stars, in summer.

Five freshly picked oranges are sitting on chairs and watching an orange farmer’s dream as if it were a movie.  They enjoy it.

But later, when the movie/dream is over, they gather and worry about their fate.